FUNFAIR token price, why it will go UP

Do your own due diligence. This is not investment advice but only opinion.

I’d like to start with a little introduction to the funfair token and what it entails. It is a gambling token and obviously a cryptocurrency in that it uses blockchain technology. This provides some of the key benefits typically expected of the blockchain.

If we take a look at the funfair token chart below we see that it originally starts with an initial accumulation period. Accumulation means that traders were slowly buying up the asset between August and about the first couple of weeks of December. 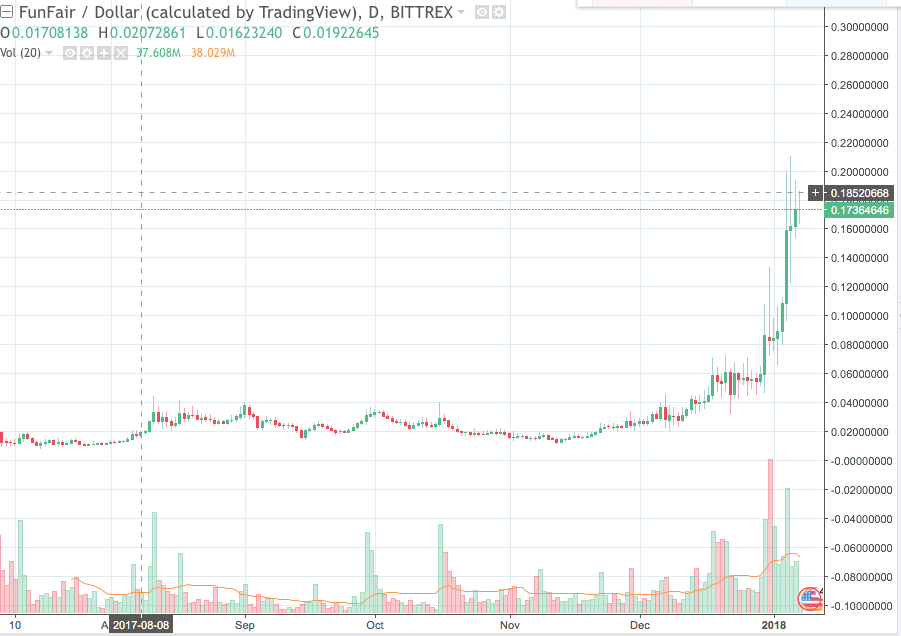 The funfair token makes use of blockchain and therefore is able to operate less expensively than typically most online casinos are able to operate. The other aspect about funfair that's distinct from other online casinos is that funfair has developed a way so that the games themselves operate at a much faster rate than the typical online games that make use of cryptocurrency.

I don't want to spend too much time focusing on the look of the games but you can just get an idea by looking below. 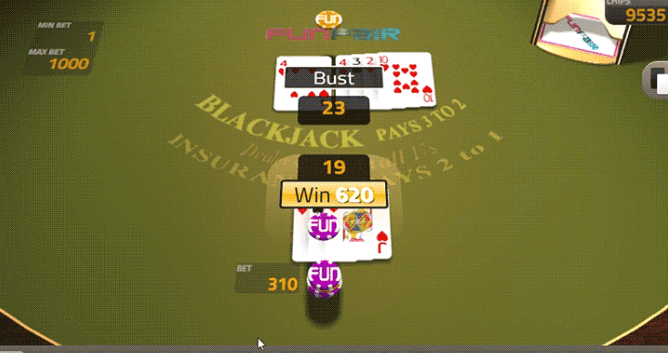 You can look through the website to get a better idea of the quality of casino games. Their website can be found at

The quality of games that we're dealing with are quite high-end, and that in itself is impressive but there are other important factors I'm going to address next. These factors, I believe, are going to lead to an increase in the price of the fund fair token in the first quarter of 2018 and beyond.

Many traders and investors are basing their investment decisions on simply technicals from the charts and I really don't think that's the way to go for several reasons. First of all, with the present market, you can almost buy any coin and make money. It's because of the overall market or background sea, if you will, going up due to an influx of new investors learning about bitcoin and the altcoin market. Technicals will not be as useful when that changes.

If we look at the chart again, we can see that there has been an accumulation period at the beginning. I want to focus on the fundamental drivers behind this pattern. Looking again at this section of the chart you can see that there's a range that's been building up for quite some time. Investors were accumulating within this range between 1 and about 3 to 4 cents for several months. Then all of a sudden you see the breakout in around December because people became a little bit more aware of the applicability of this coin. That's where I think a lot of people will be investing their money in 2018, that is in coins that have applicability. Into something that's been proven or about to be proven, not simply on a white paper or on an idea.

If we look at The funfair website, we get an idea of what type of team has developed the Funfair token:

They're experienced and well established. Please look at the website given above as this will give you an idea of what kind of solid background some of these advisors and contributors have. The team is very well established and they've got lots of money backing them up. Those are obviously two key factors in combination with the solid roadmap now in place. Again, if we take a look at the roadmap so far in 2018, we can see where they're headed:

This is the exciting part that I want to refer to. I'll go straight to the news now. This makes it more clear of what to expect in the first part of 2018.

Professional investors base their investment on information such as this. That is, both previous, present and upcoming news because that's what results in price action in the markets in general.

That's what's led to this accumulation phase earlier in the year and that's what's led to the present uptick and that's what will lead to further upticks in the future. It's the potential that people saw in the company because of all the previous news that had occurred and because of potential upcoming news. As we get closer to the first quarter of 2018, which we're already in, you can see, looking back at the chart that there was more and more of a pent-up price that eventually kicked up.

That's a direct result of what's coming up again in the next few months as indicated below:


The events, when confirmed will lead to even more of an increase in price from here on. I'm expecting funfair to reach $1 in the first half of 2018 or maybe even more. This expectation is also based on an increasing influx of new investors into the crypto market in general throughout 2018 due to general growing awareness in the public about cryptocurrencies.The funfair token price should continue to rise with the rise of the market, but eventually take on a life of its own once the market prices become more utility based.