The Best Stochastic Divergence Indicator for MT4 And Download

The Stochastic Oscillator is used to indicates oversold and overbought conditions along with the accompaniment of other clues. Here is a picture of the Stochastic Divergence indicator for MT4. The download for this indicator is at the bottom of the article.

I use the stochastic indicators to evaluate overbought and oversold areas particularly in the direction of the trend and at reversal points. In conjunction with resistance/support areas and other confluence factors, the overbought/oversold regions allow the trader to enter into a trend or reversal at the best price possible. The oscillator follows the speed or momentum of the price and not the price directly.

The following is a picture of the USD/JPY pair and its upward climb. Note the areas of oversold as good regions to enter the trade as a buy. This trade entry direction was based on the post-election surge in risk on sentiment with large amounts flowing into the USD.

This risk on sentiment resulted from a realization at the time of Trump’s plan to invest in
US infrastructure which the markets concluded would result in inflation and the FED raising their rates. 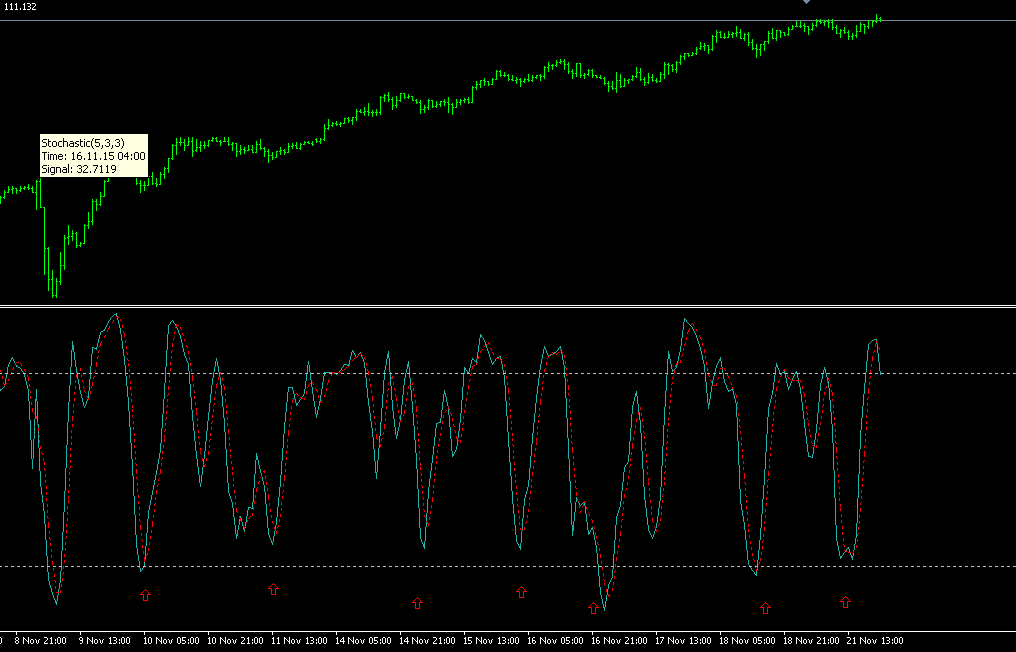 The red arrows indicate the buy points where one could enter given the extreme bullishness for the reasons just mentioned. I made money off of this but unfortunately didn’t plan a proper exit. I could have made substantially more if I understood the effect of news in the long term . Lesson learned.

Fundamentals and Sentiment should be used to help plan both entries and exits along with oversold and overbought conditions. In addition to overbought and oversold conditions, we will add the condition of regular and hidden stochastic divergence for MT4 trading platforms.

The indicator could be used in conjunction with the news to arrive at a realistic exit. An overbought condition or regular divergence may be valid for an exit for a long trade or not depending on how strong the news is that causes a price movement in the first place.

I use the 5, 3, 3 exponential settings for the Stochastic Divergence Indicator for MT4 in the following examples. The indicator will be downloadable below. I'll try to find an MT5 indicator written in MQL5 for download, but the same parameters work in all cases.

A regular divergence is used as a possible sign for a trend reversal. I use it as trend continuation as well. If the price is making lower lows but the oscillator is making higher lows, this is called regular bullish divergence. After forming a second bottom, if the oscillator fails to make a new low, it is likely that the price will rise, as price and momentum are normally expected to move in line with each other.

Hidden divergence is used as a possible sign for a trend continuation. If the price is in a general uptrend and the price is making higher lows but the oscillator is making lower lows, this is called hidden bullish divergence. After forming a second bottom, if the oscillator make a new low, it is likely that the price will continue to rise, as price and momentum are normally expected to move in line with each other

Download the Stochastic Divergence indicator after signing up below

Copy the file  to the Metatrader Directory / experts / indicators /

I would not use this indicator alone for entry of a trade. As mentioned above, use it in conjunction with other characteristics: price action, candlesticks, resistance/support, and even other indicators such as an RSI Divergence indicator. Experiment, but don't do so without the incorporation of long/short term fundamental analysis or volume analysis. Technical signals alone are not sufficient to make profits in the long run.

Subscribe below to our newsletter below to receive regular updates and get instant access to our free Stochastic Divergence Indicator. 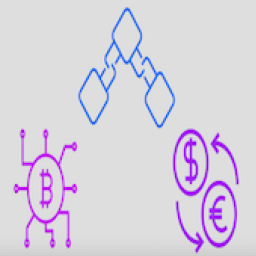