Ripple XRP Price Prediction in 2021 and Beyond

There’s a lot that’s been written on Ripple XRP price prediction but very little is based on what drives the XRP price overall: cryptocurrency market cap, the implementation of XRapid, and Ripple news in general. I’m not going to mention technical analysis since we’re talking about XRP reaching its old high and well beyond. The overall market cap is presently led by the king of cryptos, Bitcoin. So until XRP is able to break out on its own we must first analyze what will cause the rise of Bitcoin. XRP will continue to follow the lead of BItcoin until Ripple’s XRapid is clearly adopted by the majority of banks. I don’t see this happening until the U.S, SEC’s regulatory decision on XRP is made clear.

I will write about the fundamental driving events below that should happen in the near future. They are not in the order that they necessarily will occur nor have I analyzed how long these events may last.

This factor alone will drive up the price of Ripple XRP. The cryptocurrency market cap increasing is only one factor and may be a contributing factor before or after the implementation of XRapid. Indeed, every crypto investor is aware of the downturn in the crypto market as a whole from Jan 2018 till present (Sept 2018). This downturn was due to a multitude of factors. The market in Dec 2017 was very overbought. I visited local exchanges, and people were lining up in droves to sign up without really understanding why they were investing in the tech. It was a mania in the making.

The price drop was also due to the liquidation of recovered Bitcoin funds from the whole Mt. Gox affair. I am sure that Bitcoin whales added to these sell-offs and only intensified them. Add to this that the fear of regulation was spreading throughout all the crypto forums coupled with Facebook and Google bans and you had a recipe for drastic liquidation.

The 100 Bitcoin question is when will the market start recovering? There is no sign of increased public interest as indicated on Google trends and no BTC ETF funds have been okayed by the SEC as of this writing. So when? 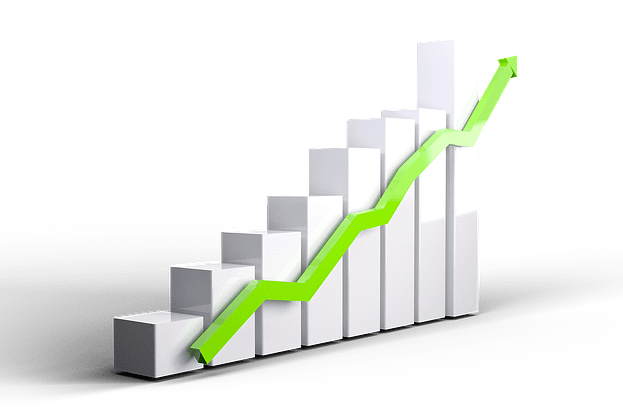 There has been speculation that renewed institutional money will start to enter en masse sometime in the fall of 2018. This institutional money would initiate a substantial rise in the overall market cap. Bitcoin would rise first followed by the other coins including XRP. This alone could reactivate the market to the 500 billion level by early 2019.

If it were to continue as a trend, then a 1 trillion market cap could be attained sometime in 2019 as well. This amount would only continue to grow into a projected market cap of 40 trillion someday in the 2020s.

But other factors will contribute to the rise in the price of XRP: XRapid implementation, market euphoria, XRP superseding the Bitcoin market cap, the partial/complete takeover of Swift.  So, I will conservatively add these factors to the one I’ve already priced in.

This has many hidden variables worked into it since we have no idea how many banks actually will use XRP shortly and into the 2020s. We know the SBI bank of Japan and Santander bank of Spain will start using XRapid. XRapid is Ripple’s premiere service that involves the use of XRP as a bridge currency. Compound this with at least three crypto exchanges, Bittrex, Coins.ph, and Bitso acting as XRapid partners, and you have a massive potential for an XRP increase once XRapid goes live.

SBI alone does hundreds of billions of dollars of remittance transactions regularly. The SBI CEO has stated that the price of XRP will rise to $10 as a result, just on SBI alone. I would say $15 per XRP token is therefore not unreasonable within a year that XRapid is first turned on. XRapid will be implemented at the end of 2018. So, $15 by early 2019 is not unrealistic. Add to this the approximate 1 dollar rise in price due to the overall market cap rise and you come to $16 in early 2019 for one XRP token.

If no other banks adopt XRapid, which is improbable, then by sometime in the 2020s the XRP should reach a price of around $50 + $16 = $66. You see how ridiculous a prediction can get as far as exactitude. I am doing my best, and I admit this is getting into territories where there are too many variables, but at least you can take my ideas and run with them.

The Takeover of Swift and Ripple XRP Price Prediction

Now for the real mama of all predictions. I got the following information from an article in ambcrypto.com . If Ripple were able to capture just 5% of the SWIFT market via XRapid, then the XRP daily trading volume would increase by 239 billion. This control alone would raise the price of XRP to approximately $25. If this 5% capture were to happen by early 2019, then the price of one XRP coin would jump to $16 + $25 = $ 41, assuming the above scenarios above take place. 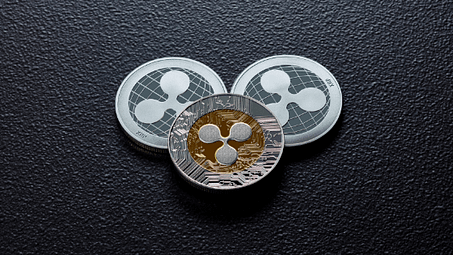 This prediction does not even take into account other contracts with other banks that Ripple may have already secured. We don’t know; Ripple can’t disclose this info yet. The banks are saving 40-70% per transaction using XRP as a bridge currency for international transfers. You can bet there will be more than the bank of Santana and SBI bank on board with numbers like this. RBC of Canada has already issued accolades for Ripple and XRP:  Ripple Net Reduce Costs for Financial Institutions

None of these numbers even takes into account the amount of XRP that will be burned off.

Once XRP supersedes or even approaches the coin market cap of Bitcoin, this will be highlighted in the media. This supersession will drive the price of XRP up even further. As far as a Ripple XRP price prediction, I don’t know where it’ll go from there. The sky is the limit.

As you can see, predicting the price of XRP is difficult and has to take into account too many variables to be trustworthy. Heck, we could get the collapse of the US dollar before XRP reaches $20. In that scenario, money could flood into the cryptos as a form of safe haven. Who knows? I don’t. All of the above assumes the SEC will declare XRP as a digital asset and not a security. Time will tell. I don’t think the SEC will delay in their decision much longer and they’d be stupid to label it a security.

Always pay attention to Ripple news and Coinmarketcap to get an up to date idea of where the Ripple price is headed.

Bearable dude 123 may have the most reliable estimates yet….

PLEASE SHARE & CONSIDER BUYING A LEDGER FROM THE LINK BELOW, THANK YOU:

Disclaimer: Some of the links above are affiliate links. I do make a commission when you purchase through these links, but no extra costs are added.